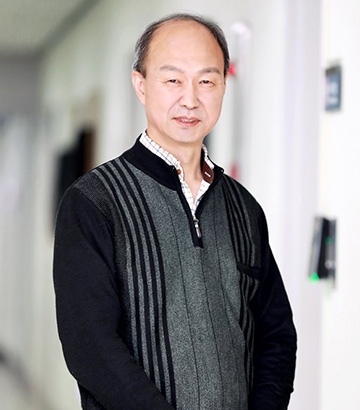 • We perform experiments to search for WIMPs, candidate particles of dark matter, which constitute a major fraction of the matter constituents of the universe, but whose identity is unknown yet. We have developed a high-purity crystal detector sensitive to dark matter detection and conduct experiments in the underground laboratory at Yangyang to avoid background signals from cosmic rays. The KIMS collaboration using high purity CsI (Tl) crystals has been conducted for a competitive dark matter search. The COSINE collaboration has developed a high purity NaI (Tl) crystal detector and is now taking data to directly verify the annual modulation signal observed by the DAMA collaboration.

• In order to determine the nature and mass of neutrinos, the least understood elementary particles, we have carried out experiments searching for neutrinoless double beta decays. The AMoRE collaboration has developed a detector that operates at cryogenic temperatures below 100 mK using CaMoO4 crystals containing enriched Mo-100 to measure the neutrinoless double beta decay of Mo-100 with high energy resolution and data taking with a pilot setup is on going.

• The GBAR experiment aims to measure the gravitational acceleration of antimatter in the Earth's gravity field by measuring the free fall of anti hydrogen atom at CERN. We developed the time-of-flight detector to measure the falling time and position by detecting the signals of particles produced by the annihilation of antihydrogen atoms. We are developing antiproton trap for accumulation and cooling of antiprotons. If the trap device is successfully developed, we expect higher anti hydrogen production rate and higher sensitivity of the measurement.

Selected Publications in the last 5 years