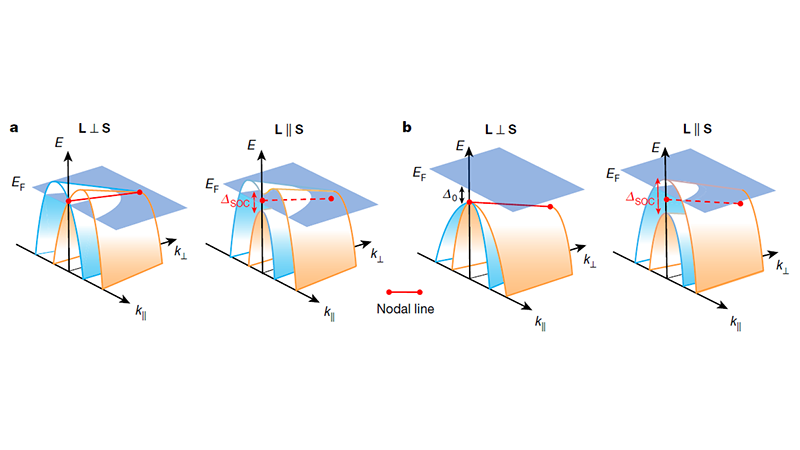 Efficient magnetic control of electronic conduction is at the heart of spintronic functionality for memory and logic applications1,2. Magnets with topological band crossings serve as a good material platform for such control, because their topological band degeneracy can be readily tuned by spin configurations, dramatically modulating electronic conduction3–10. Here we propose that the topological nodal-line degeneracy of spin-polarized bands in magnetic semiconductors induces an extremely large angular response of magnetotransport. Taking a layered ferrimagnet, Mn3Si2Te6, and its derived compounds as a model system, we show that the topological band degeneracy, driven by chiral molecular orbital states, is lifted depending on spin orientation, which leads to a metal–insulator transition in the same ferrimagnetic phase. The resulting variation of angular magnetoresistance with rotating magnetization exceeds a trillion per cent per radian, which we call colossal angular magnetoresistance. Our findings demonstrate that magnetic nodal-line semiconductors are a promising platform for realizing extremely sensitive spin- and orbital-dependent functionalities.