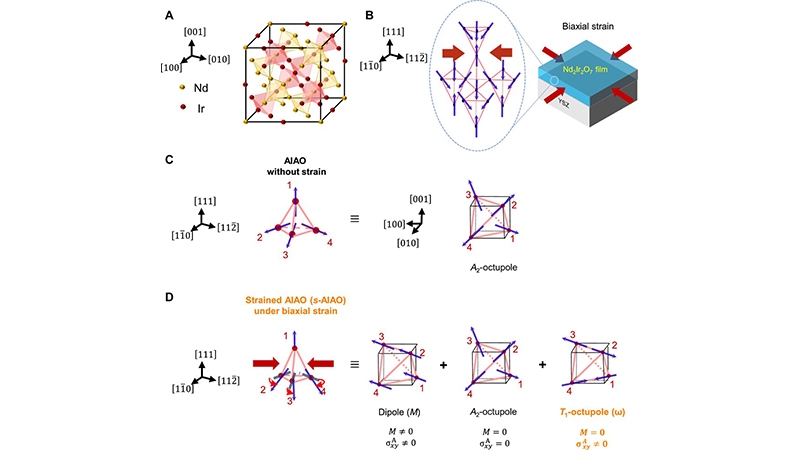 The recent observation of the anomalous Hall effect (AHE) without notable magnetization in antiferromagnets has suggested that ferromagnetic ordering is not a necessary condition. Thus, recent theoretical studies have proposed that higher-rank magnetic multipoles formed by clusters of spins (cluster multipoles) can generate the AHE without magnetization. Despite such an intriguing proposal, controlling the unconventional AHE by inducing these cluster multipoles has not been investigated. Here, we demonstrate that strain can manipulate the hidden Berry curvature effect by inducing the higher-rank cluster multipoles in spin-orbit–coupled antiferromagnets. Observing the large AHE on fully strained antiferromagnetic Nd2Ir2O7 thin films, we prove that strain-induced cluster T1-octupoles are the only source of observed AHE. Our results provide a previously unidentified pathway for generating the unconventional AHE via strain-induced magnetic structures and establish a platform for exploring undiscovered topological phenomena via strain in correlated materials.