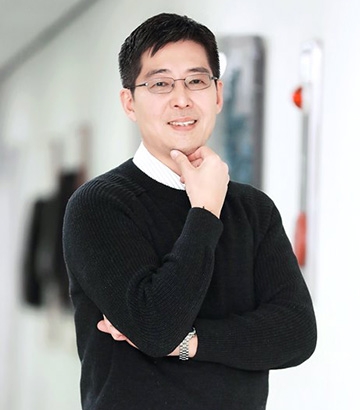 Most of unconventional superconductors have a very complicated phase diagram. The consensus among the researchers in this field is that the understanding of such phase diagrams is the key to the elucidation of the mechanism. To this aim, one needs not only the variation of the temperature and dopings but also various magnetic field. This group successfully demonstrated an application of the magnetic field as high as 14 T continuously. For example, in the case of the cuprate superconductors, density wave modulations in vortex were first reported by Hoffman (Science, 2002) et al., but no further studies have been followed. Since only SI-STM is available to measure Vortex locally, it is critical to study the behavior of high Tc superconductors under various magnetic field strength. We will continue to investigate the relation between pseudogap phenomena and behavior of superconducting pairs under the magnetic field. Also, electron-doped cuprates will be explored as well.

Ca0.9La0.1FeAs2 is a new Iron based superconductor with Tc ~ 40K and also a possible candidate of a topological superconductor. Currently, we obtained a preliminary date regarding this material exhibiting peculiar behaviors. We are to continue investigating properties of this material including seemingly not so homogeneous electronic structures, vortices, and edge state as well as a zero mode potentially related to the Majorana fermion. As a majority of iron-based superconductors shows a strong surface reconstruction, Also we will collaborate with theory groups to test whether this system is indeed a topological superconductor. Electronic nematicity is frequently associated with iron-based superconductors. We observed a very distinctive 1-dimensional structure in spectroscopic images (not topos). A further study is necessary to verify its relevance to the electronic nematicity, and also to the superconductivity and possible topological properties.