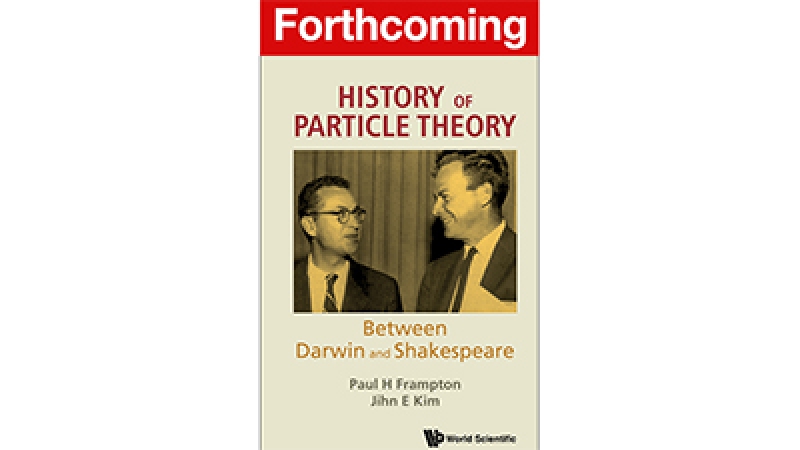 History of Particle Theory fills an important gap existing in the literature by discussing the impressive progress in understanding the elementary particles out of which all everyday objects are made. Most of this progress has happened in the last seventy years after the theory of quantum electrodynamics (QED) was perfected as an extremely accurate description of electromagnetic interactions. This astonishing sequence of discoveries was made hand in hand between theory and experiment. This book concentrates only on theory where giant steps were made by a series of exceptionally creative physicists, and this is portrayed as an essential part of the broader spectrum of human knowledge and culture, which is constantly being similarly extended by the creative individuals such as the two mentioned in the subtitle, Between Darwin and Shakespeare, who both significantly changed Western Civilization by ideas in Biology and in English Literature respectively.

In the last forty years, the standard model has been confirmed again and again as the correct description of elementary particles up to energies of a thousand times the proton mass. In the discussion of particle theory and theoretical physics in general, the book starts from well over two thousand years ago, going back to the ancient Greeks such as Democritus and Archimedes, until the 17th century, when the extraordinary intellect of Newton changed everything by demonstrating that not only objects in the laboratory but also heavenly bodies are governed by mathematical equations. There followed what can be called Darwinian evolution in theoretical physics, survival of the fittest theories, by loose analogy with the origin of biological species.

The present standard model of particle theory surely cannot be the final word because it contains far too many free parameters. The book contains a penultimate chapter discussing a number of such open problems which exist in particle theory. There is then a closing chapter, not related to the rest of the book, providing a series of quotations written in the 16th and 17th centuries by Shakespeare and here applied to particle theory. The inclusion of this is based on our premise that particle theory is just one out of several opportunities for exceptional human creativity.